I’ve spent the past few days trying to get a better glimpse of a male Spotted Towhee that’s been found at a local park in Little Rock. The above photo is the best photo and look I’ve gotten so far, although I know it is the bird in question since it responded to call backs I played and other birders got better glimpses of it right before I arrived.

The Spotted Towhee is not as commonly found in Arkansas as it’s relative, the Eastern Towhee. The male of both towhees are robin-sized. They have black heads, throats and backs with a white belly that has brown streaks along each side. The Spotted Towhee has white streaks along it’s wings and back while the Eastern Towhee has a white bar on the edge of its wings but not as many white streaks.

The range of the Spotted Towhee is typically more to the west of Arkansas with the non breeding season range including parts of Colorado, Oklahoma and Texas, according to All About Birds.

I started 2022 off with a birding trip around west Little Rock on Sunday. It went pretty well 30 species spotted so far this year. Here’s a few of my favorites:

I also found four deer – one of which was a buck – that were not spooked by humans at all. For a moment, I thought they would walk right up to me.

I was waiting for food to be delivered to my car when I happened to spot several birds flying overhead. Since it was nighttime, it kind of threw me off. Those birds turned out to be Common Nighthawks. A swarm of them – eight in total – flew overhead, catching flying insects drawn to the nearby street lights.

Common Nighthawks roost during the day, and can typically be found in the early mornings and evenings. According to Arkansas bird experts, I likely caught a migrating group as they passed through Little Rock. I best recognized the birds by the white patch close to the bend of their wings.

We currently have an Eastern Bluebird family visiting our feeders. Bluebirds are one of our favorite birds and we have 3-4 at our feeders typically year-round. (Yay!)

For the past eight years, I’ve had Mississippi Kites nest near my home. In Jonesboro, the kites could be found in trees in my front yard and my neighbor’s back yard. In Little Rock, the kites can be found soaring leisurely above our house. Mississippi Kites are one of my favorite birds – and I look forward to seeing them again in a few months. Cool fact about Mississippi Kites: the oldest one was at least 11 years old. It was banded in Kansas in 1984 and was later found in Texas in 1995, according to AllAboutBirds.org.

At Two Rivers Park in West Little Rock, there is a swampy section that I enjoy visiting just to see what I will find. In this visit, it was a juvenile White Ibis. White Ibises typically gather in groups in shallow wetlands in southeastern United States. They are not common in Arkansas, although they make a random appearance each year.

There were few birds found recently on Pinnacle Mountain State Park’s Arboretum Trail (and only 1 other person – we stayed far away from each other), but the ones I definitely made the trip taken between rain showers count. I found a Carolina Wren feeding its babies, a Carolina Chickadee (not pictured) gathering food and a Swanson’s Thrush. A native Red Columbine flower also grew near the trail – a perfect celebration of this being Native Plant Week. 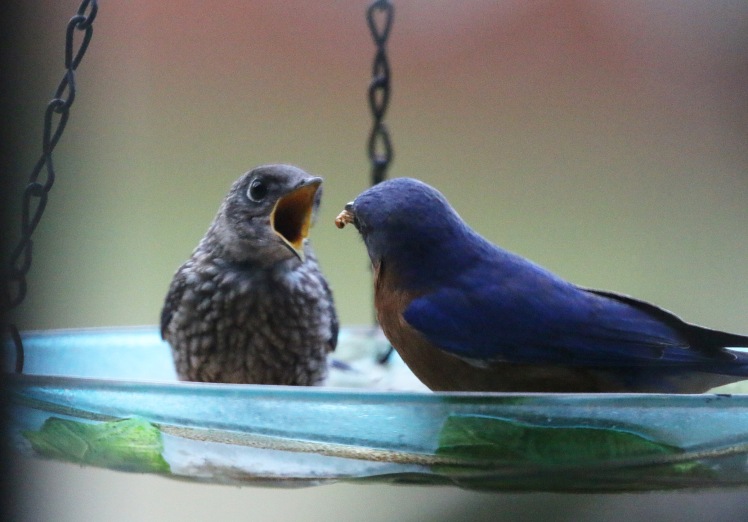 Two Eastern Bluebirds have been feeding their young right outside of my front window for the past few days. Tonight, they sat in a feeder filled with mealworms and fed the youngster. 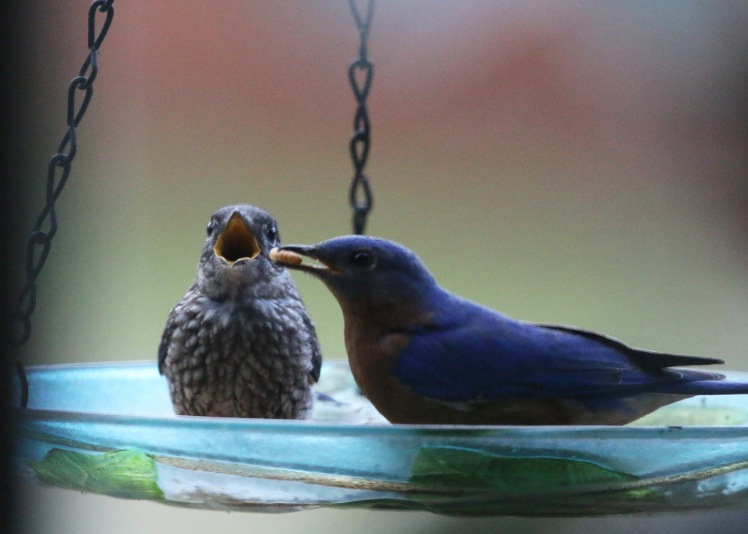 Recently, we took a walk at Bufflehead Bay near the Jolly Roger’s Marina to get out, enjoy the good weather and see what birds we could find. There were TONS of common loons as well as other little birds like the above Pine Warbler.

Just a note: We did practice social distancing. 🙂 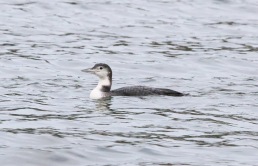