I’ve been hearing Acadian Flycatchers for a while at Bald Knob National Wildlife Refuge, but I haven’t been able to spot one until today. This one finally responded to call playbacks and showed up so I could get a good look.

Acadian Flycatchers are sparrow-sized and are olive-green above with a whitish eye ring and underparts. They can be found in Arkansas during breeding season before migrating to Central America and spending their non breeding season in the upper parts of South America.

One cool fact from AllAboutBirds.org: they “are such adept fliers that they sometimes take a bath not by wading into water but by diving at it, hitting the surface with its chest, and then returning to a perch to preen and shake.”

I saw my first Tricolored Heron at Bald Knob National Wildlife Refuge. It looks similar to a Great Blue Heron except it has a white belly, a stripe down the neck, and a yellow section that runs from the beak to around the eyes. According to allaboutbirds.org, the Tricolored Heron is common in southern saltmarshes although its range is along the eastern and southern coastline of the United States.

Two neat facts I found on All About Birds: “Tricolored Herons sometimes follow behind Double-crested Cormorants and Pied-billed Grebes snapping up fish that they stir up.” The oldest one recorded was 17 years and 8 months old.

Tricolored Herons can be found in Arkansas each year but rarely.

The Bald Knob National Wildlife Refuge never disappoints. I never know what I am going to find, and the latest visit didn’t disappoint. This visit included four Black Terns (including one molting adult) flying above and sitting in the fields neighboring Coal Chute Road. Black Terns migrate through most of the United States, with some of their breeding range including the very northern part of the nation. Its non breeding range is along the coast of Central America and the top part of South America.

This was my first time to see Black Terns. While they were the only firsts for me today, there were plenty of other birds who were very cooperative in being photographed:

I stumbled across this Black-throated Green Warbler hiding as it hopped through the branches of trees at Bald Knob National Wildlife Refuge in October 2021. It’s not the best photo, but its exciting still exciting to have spotted one.

I was taking a photo of a Greater/Lesser Yellowlegs (pictured at the bottom of the above photo) when a Sora casually walked out of the rice and began walking around. I definitely wasn’t expecting that to happen. I was snapping photos when, all of a sudden, a second one appears.

Soras are a secretive marsh bird that can be found throughout the United States at various points in the year, according to AllAboutBirds.org. They can be found in Arkansas during migration season. However, they aren’t expected to be sighted at the moment in Arkansas.

There are two types of crows – the American and the Fish. They look alike so they way to tell them apart is by their call. It’s easy to hear and then photograph the American Crow. Not so much the Fish Crow, but I was finally able to do so recently at the Bald Knob National Wildlife Refuge.

This weekend, I visited Bald Knob National Wildlife Refuge and, OH MY GOSH, it was a FANTASTIC weekend. I recorded a record number of birds in eBird that included some firsts for me. Here are my highlights:

I stumbled across a Common Yellowthroat during a recent trip to Bald Knob National Wildlife Refuge. Not going to lie, it took me a good 20-ish minutes to finally spot/identify this little guy. I could see two birds sprinting around in the shrubs across a huge ditch from me, but they were moving too fast for me to see clearly at first. I finally caught the one pictured above just resting in a bush.

This morning trip fielded about 28 different species of birds for me. Some of my highlights are below:

So…when I took this photo on Sept. 28 at Bald Knob National Wildlife, I thought it was another species of bird. I recently realized I never went through these photos so I began taking a look. Yep, it’s an Olive-sided Flycatcher.

Below is another photo taken that day of a Great Blue Heron that I just like. 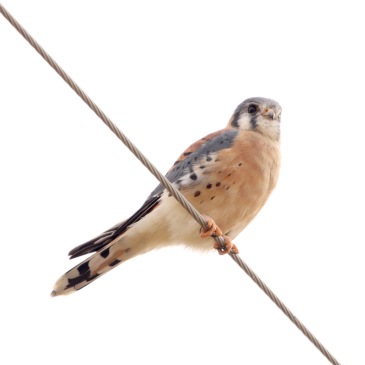 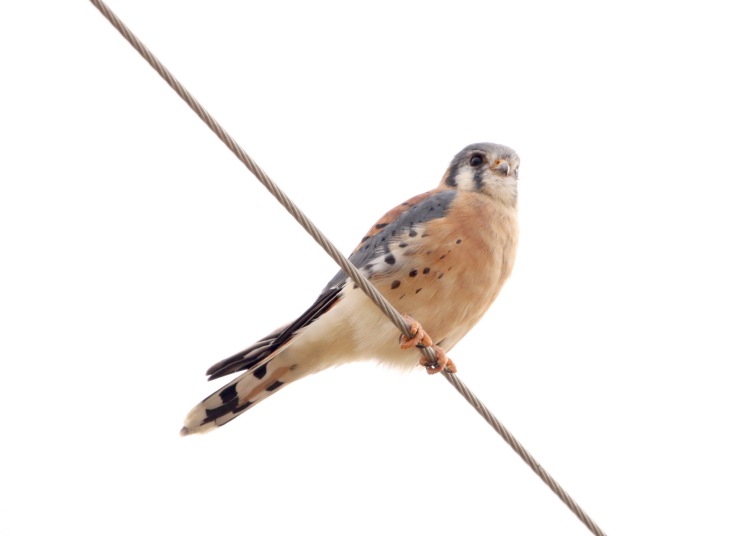 The American Kestrel is such a hard bird to photograph – it takes off any time I get too close. However, this one at Bald Knob National Wildlife Refuge showed no fear! Another first for me: this pair of Northern Harriers I found together.